Don’t cry for me employer, I still love working for you, but I’ll keep my distance and… know that you’re not the only one

Don’t cry for me employer, I still love working for you, but I’ll keep my distance and… know that you’re not the only one

One of the main reasons people decide to “go on their own” and become freelancers is that they finally get to choose the projects they work on.

As we already know, working on a project you enjoy with a team you like is key to being happy about your work. More and more people decide to take at least the former matter into their own hands. Whether they actually end up enjoying the projects they choose is another thing, but the feeling that you’re the master of your own destiny – or at least of what you’ll work on for the next few weeks or months – is priceless.

Almost 90% of freelancers end up juggling two or more projects at the same time. No wonder a ton of articles about freelance time and project management pop up when searching for “managing multiple projects” on Google. Here are three I found particularly useful, listed from the shortest and simplest (intro level) to longer and more advanced:

Many freelancers are also full-time office workers, who freelance after hours. So yes, they are faithful to their employer but right after they’re done with their duties, they go on to make extra money or develop their passions by working with somebody else and test-driving freelancing.

After 5pm? Time to move on to freelancing. (Photo by Min An from Pexels)

It is predicted that more than 50% of Americans will be freelancing by 2027. Does that mean that employees no longer want to be loyal to one employer? Basically, yes.

The question is though: is loyalty the key to better performance?  Well, kind of. I really wanted to say it doesn’t but it turns out that there are quite a few papers on this topic pointing to a different answer. One study, conducted in the Republic of Serbia and Bosnia and Herzegovina, concluded that “employee loyalty is significantly related and has a positive influence on company performance”. This is especially true for service companies, in which customer service quality is super important. Now, I’m a true believer in creating positive customer experiences and I have to say that this actually makes sense. But let’s dig into the topic some more.

Is loyalty the key to better job performance?

The same study states that “employee satisfaction is a necessary component of their loyalty, which is very important to be relegated to a sub-section within internal process, since it has a large influence on service quality and to company performance as well.” This also makes sense, obviously. If you are happy with your company and your work, you have no reason to search for alternatives, ergo, you’ll stick around longer. However, two questions remain:

Here, I would like to concentrate on answering the second question. Given that so many freelancers work on multiple projects over a period of a month, a week or even a day, and so have to be loyal to a few employers at once, does this translate into poor work quality and performance? Are they worse employees than the people hired on full-time, work-form-office basis?

Allow me to elaborate on three of many reasons why, I believe, it’s quite the opposite.

Freelancers can’t afford to do sloppy work. Not for too long, anyway. The number of employers willing to work with freelancers is still quite limited and if a freelancer wants to do more work for one employer, they have to keep that person/company happy. Now, levels of quality required of freelancers will differ from employer to employer and project to project. This is often reflected in how much one is willing to pay for a freelancer’s job too. If you can get away with doing poor work that employers pay for, good for you (I definitely don’t recommend it though). But in most cases, freelancers have to concentrate on the quality of their work more than full-time employees do – otherwise, they won’t be given another contract and they won’t be recommended to other potential employers.

About 50% of freelancers count on word of mouth and referrals to land new jobs. We, humans, are more likely to buy something that others have recommended to us, be it a candy bar or a car. This is probably even more true for services. Even the most trivial service can create experiences that evoke strong emotions, both positive and negative. We like sharing emotions, especially negative ones, and those associated with freelance services are no exception.

When an employee doesn’t deliver, you take measures to improve his or her performance. When a freelancer fails, you simply never work with that person again and find someone else. Ouch.

Freelancers cannot afford to be sloppy.

Since most freelancers work from project to project, it is only natural that they will want some of them to overlap. If they have to be dedicated to one project full-time for a couple of months, they will, but at the same time they probably do some support work for previous projects and by the end of that full-time one, they have to start looking for something new. Even if they do the best job in the world, there’s only a small chance that the same employer will have another job for them right away.

According to “Freelancing in America: 2019” report, freelancers spend about 47% of their working time on business-building activities and finding new clients and 63% of them worry about not being able to find work. No wonder they end up working way more than 8 hours a day from time to time and juggling multiple projects. It’s not because they aren’t loyal to their employer. It’s because they, simply, have to make money. In business, unlike in love (although some would probably argue with that analogy), being loyal to more than one partner is not only possible but also necessary and good.

In business, unlike in love, being loyal to more than one partner is not only possible but also necessary and good.

Project-based work has been proven to deliver great results

Have you ever heard of that thing called movie-making? Have you ever wondered how many people worked on a movie you loved? The answer is: a lot. But let’s not concentrate on that. Let’s concentrate on the fact that, for the most part, those people come together for however long it takes to make a film-related project and then… move on to different projects, usually with a completely different group of people. And it works.

Great masterpieces are created by people who haven’t met before starting to work on a movie, a TV series or a documentary. Heck, sometimes they even change directors between episodes of a TV series, like in the case of The Mandalorian (great space western, BTW!). So, even if the rest of the crew remained constant – which it doesn’t – imagine being part of a team that works with a different boss every week or so. For many people, it sounds crazy but for others… it’s just another day at work.

The film industry is full of freelancers. The same is true for many other industries already and will become true for many more very soon. This doesn’t mean this trend is bad. Actually, just as Hollywood tends to create great productions, so do project-based teams tend to deliver great work – and this is the case for office-based employees, as well as on-site freelancers and remote freelancers. In both cases, working with different people on different projects means gaining different perspectives and merging different skills and experiences every time. Including outside freelancers in a project means that those perspectives, skills, and experiences are external, which in itself may be an amazing contribution.

As long as they do what you require of them as an employer, does it matter that they divide their time between your project and other projects?

I will go deeper into project-based teams in a different blog post but for now, I just wanted to make the point that it really is the way to go and there’s nothing wrong with working on one project in the morning and another one in the afternoon. If anything, it only widens one’s perspective. And no, it’s not for everyone, but the growing numbers of freelancers, as well as the increasing numbers of projects they take on, show that polygamy in work relations is the future.

What are your thoughts on this topic? 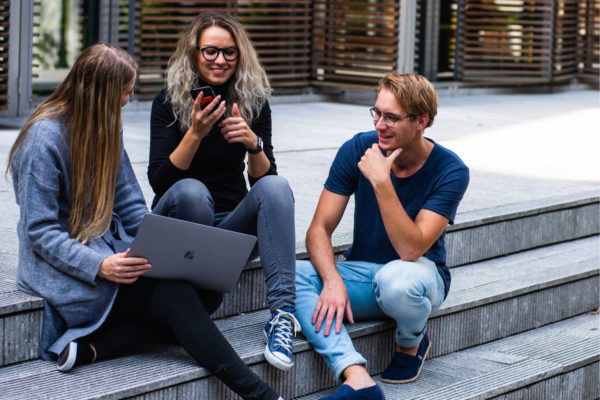